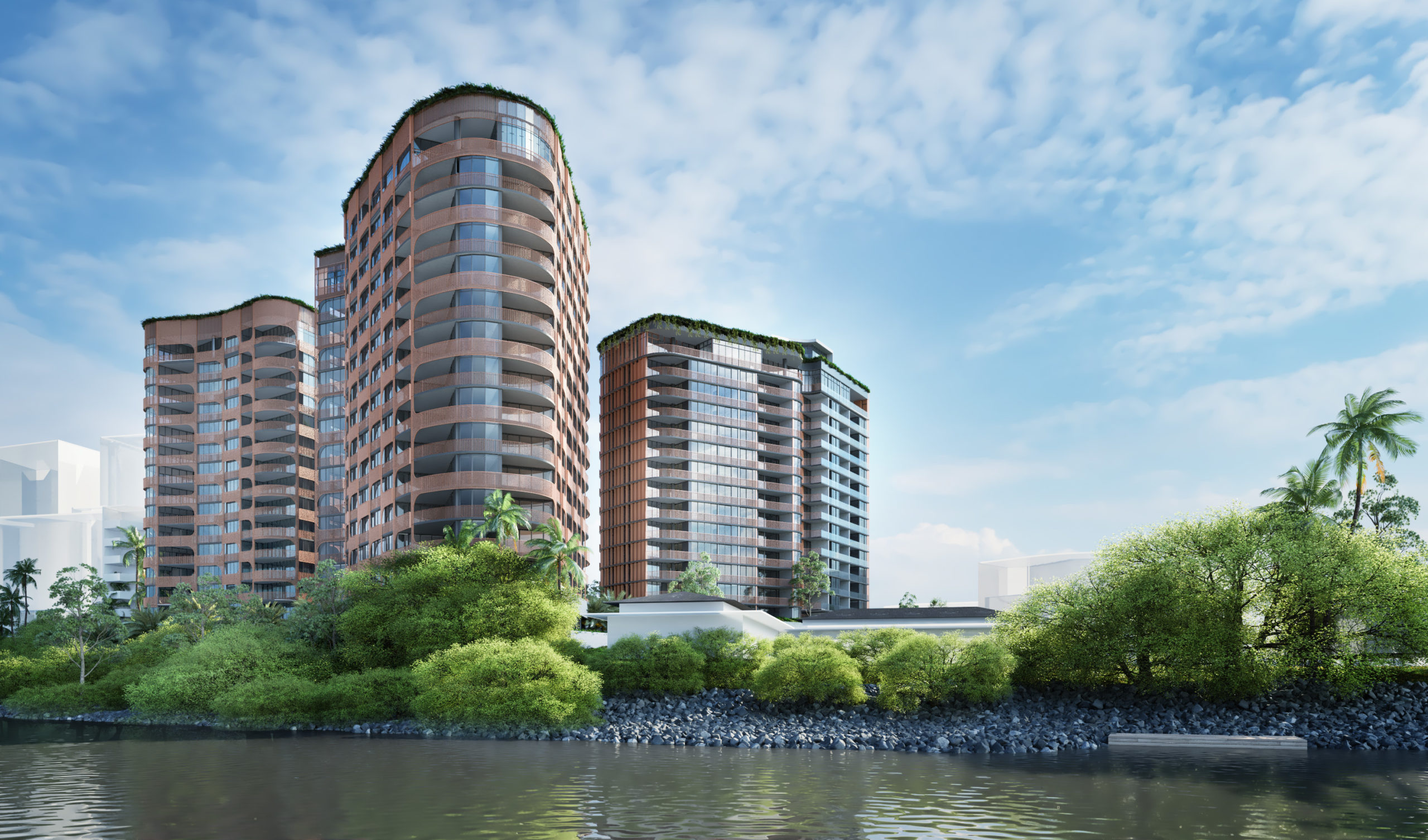 Leading developer Consolidated Properties Group has announced the launch of Monarch, Coronation Drive – a multi-tower luxury development in the inner west suburb of Toowong situated on one of the last remaining true riverfront sites in the city.

Consolidated will start construction of the highly anticipated development in the second half of next year after filing the DA last week with the towers to be built at the same time and finished in 24 months.

Consolidated Properties Group Head of Residential James MacGinley said the feedback from the community following extensive consultation was that two towers would be preferred to three on the site.

He said while the DA specified three towers, it was CPG’s expectation that one tower site would be resumed for the construction of the Toowong/West End Green Bridge.

“We believe this will result in a win-win for the community and are working closely with the Brisbane City Council’s green bridges team to maximise the use of open public space while producing a worldclass outcome for the precinct at the same time,” Mr MacGinley said.

“The council previously identified the site as one of its three preferred locations for the bridge, expected to be built at the end of 2023.

“The bridge is a big win for cyclists and pedestrians and will be a key linkage to Monarch, which will also include a dedicated pedestrian walkway and a separate dedicated cycle path connecting Coronation Drive through to Archer Street.”

Assuming the Green Bridge proceeds, Monarch, Coronation Drive would then feature 233 oversized apartments across two towers with 99 in the first building and 134 in the second building.

The plans include a mix of one-, two-, three- and four-bedroom skyhomes, villas and penthouses priced from $550,000 for the one-bedders through to $7 million-plus for the penthouses.

All apartments, which are planned to hit the market in the first quarter of next year, will come with river views and are set amongst 12,500sq m of landscaped gardens, 3000sq m of which are public parkland and pathways connected to the riverfront.

AIA Gold Medal award-winning architect John Wardle Architects has designed the development, with the heritage registered Middenbury House retained as a key part of the design.

Consolidated Properties Group Head of Residential James MacGinley said Monarch Coronation Drive was years in the making and would become a landmark precinct in Brisbane.

“It is a unique site. There is no better-connected site in Brisbane than 600 Coronation Drive, which has rail, bus, ferry, pedestrian and cycleway linkages as well as a proposed green bridge at its doorstep,” Mr MacGinley said.

“The plans not only allow for 15-storey buildings that meet Brisbane City Council’s City Plan, but more importantly, the John Wardle design reflects quintessential Queensland living while paying homage to the past.

“The oversized apartments have been carefully designed to celebrate the front row river views both north and south. They range from the affordable through to the luxury but are all uncompromising in their layout and liveability.

“We can’t wait to get started on this monumental project for Brisbane City.”

“This team has a proven track record of delivering outstanding projects and I have no doubt Monarch Coronation Drive will join them as one of our greatest achievements to date.”

“The overall design intent is to draw the character of the riverbank into the site, to reintegrate the historic Middenbury House into its reimagined landscape, and to integrate the residential towers into a beautifully connected precinct,” Mr Mee said.

As part of the design, Middenbury House will be restored and refurbished and later used for a retail site, with the public able to access the house for the first time since it was built in 1865.

Hutchinson Builders Chairman Scott Hutchinson said Monarch Coronation Drive was an exciting project that came hot on the heels of the start of construction of the $850 million Yeerongpilly Green Riverside community, also being developed by Consolidated Properties Group.

“We’re proud to be working once again with our partners at Consolidated Properties Group on another milestone development that will change the face of the Brisbane Riverfront for the better,” he said.