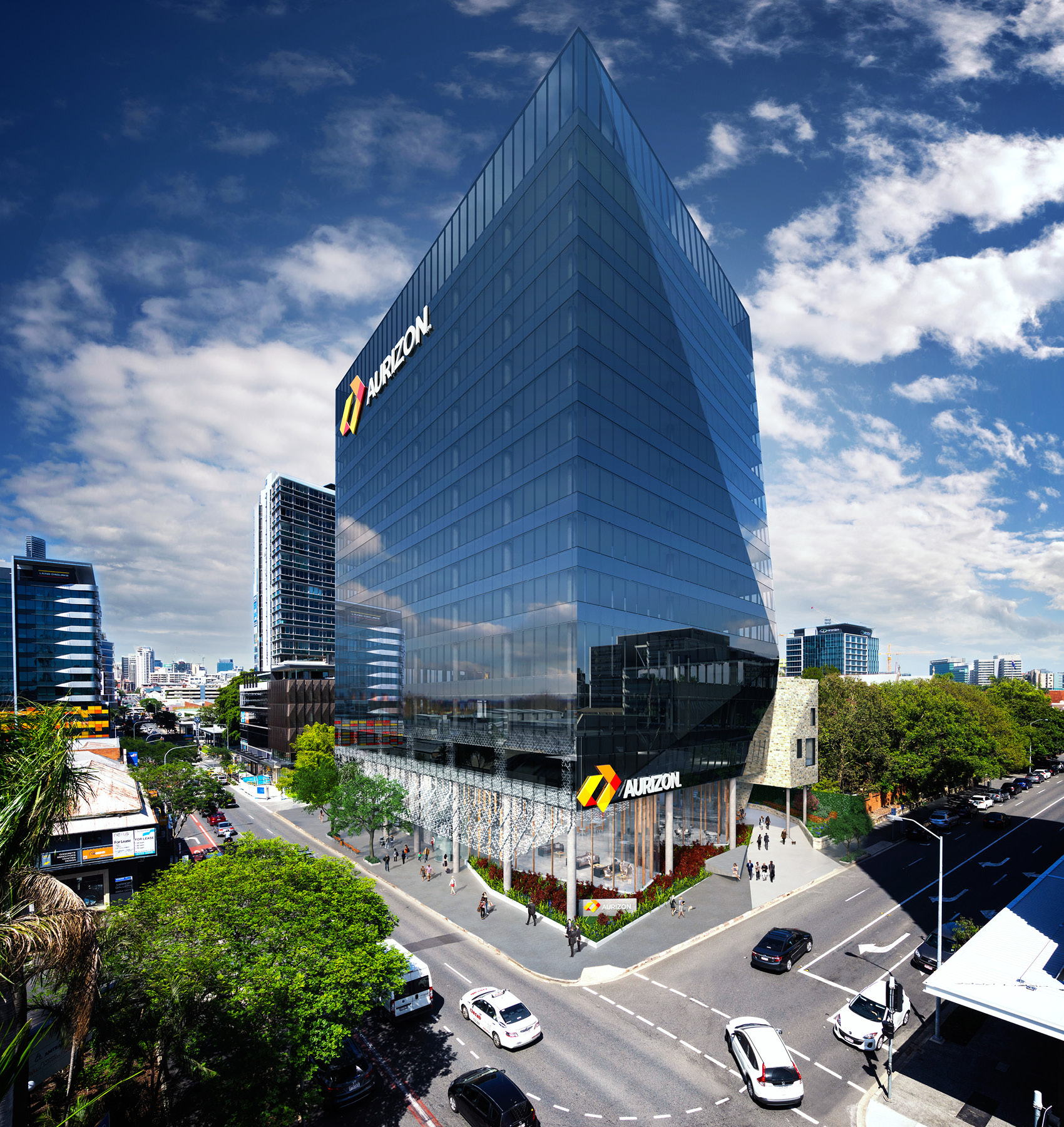 Leading freight company Aurizon is set to call 900 Ann St, Fortitude Valley home after we secured a major lease pre-commitment for its new land mark office development, which will have the heritage-listed Holy Trinity Church landscaped grounds as its core.

Aurizon has taken a 12 year lease over the entire building at a rental rate of $545/sqm per annum.

The 19,000sq m transaction for the 15-level tower is the largest pre-commitment lease that has been signed in Queensland since 2013 and the second biggest in Australia this year, following LinkedIn for 25,000.sqm in Melbourne.

Listed property group, Charter Hall introduced by JLL, has acquired the building for $169.8M representing a 6.5% yield, on a pre-sale and fund through basis, with us remaining as developer. The deal was concluded this week.

Construction will commence in March 2016 and finish in April 2018.

Our Managing Director Retail & Commercial Kieran Cox said it was unusual for a pre-sale deal of this magnitude to be put together in just four weeks and the arrangement was only possible because of the long-standing relationships between the parties involved.

We secured a 110-year lease for the site, situated within the Holy Trinity Church precinct from the Anglican Church, and it will be developed as an urban oasis in the heart of Fortitude Valley.

The long-term future of the church will be secured by the tower development, which will be designed by leading architect John Wardle.

Mr Cox said the recent transaction was an extension of the relationships which existed between Consolidated Properties, as the developer, Aurizon as the tenant, Hutchinson as the builder and Charter Hall as the financier and owner.

“In many ways the transaction is a natural evolution of existing relationships between us. Aurizon is currently tenanted in a Charter Hall owned building at 175 Eagle Street. This building, which has now become Consolidated Properties’ new headquarters, was originally developed by us and built by Hutchinson Builders,” he said.

“And Consolidated Properties also has a 15-year relationship with Charter Hall having previously sold eight shopping centres to the group.”

Mr Cox said he believed the key to the success of the transaction was Consolidated Properties ability to broker a transaction which was a win-win for all parties while minimising their risk.

“For the landholders, the Anglican Church, it provided an enduring capital base for the heritage-listed, Holy Trinity Church to sustain itself into the future.

“For the tenant, Aurizon, the deal provided an opportunity to secure their long-term property requirements, while leveraging its blue-chip status in the current market to maximise incentives and a tenancy which delivers them their own modern bespoke building.

“Risks for Charter Hall as the building owner and financier have also been minimised given the building has been pre-leased to a blue-chip tenant.

“Hutchinson have also benefited through winning the building contract and fit out through off market negotiations with Consolidated Properties, which has been a client for 25 years.

“Consolidated Properties has in turn benefited by being the developer of an A-grade office building which has been pre-leased and pre-sold in a period when market conditions are challenging.”

He said John Wardle was selected as architect after Consolidated Properties was inspired by its celebrated design of Sydney’s new iconic JP Morgan Tower developed by Westfield.

“A key to the building design is the respect it pays to the existing Holy Trinity Church and its surrounds with its crafted brick podium facing the church,” Mr Cox said.

“The design allows for interconnectedness with the church precinct providing an urban oasis for the building’s tenants in the middle of the Valley.

The church will also retain the lease of 200sq m within the new office tower as an administration office, for which it will pay a peppercorn rent over the 110-year-lease period.

Charter Hall’s two office funds (Core Plus Office Fund and Direct Office Fund) purchased the site and will fund development of the project.

The Building has development approval and work is expected to start in March next year and be completed in April 2018 ahead of Aurizon moving in soon after.