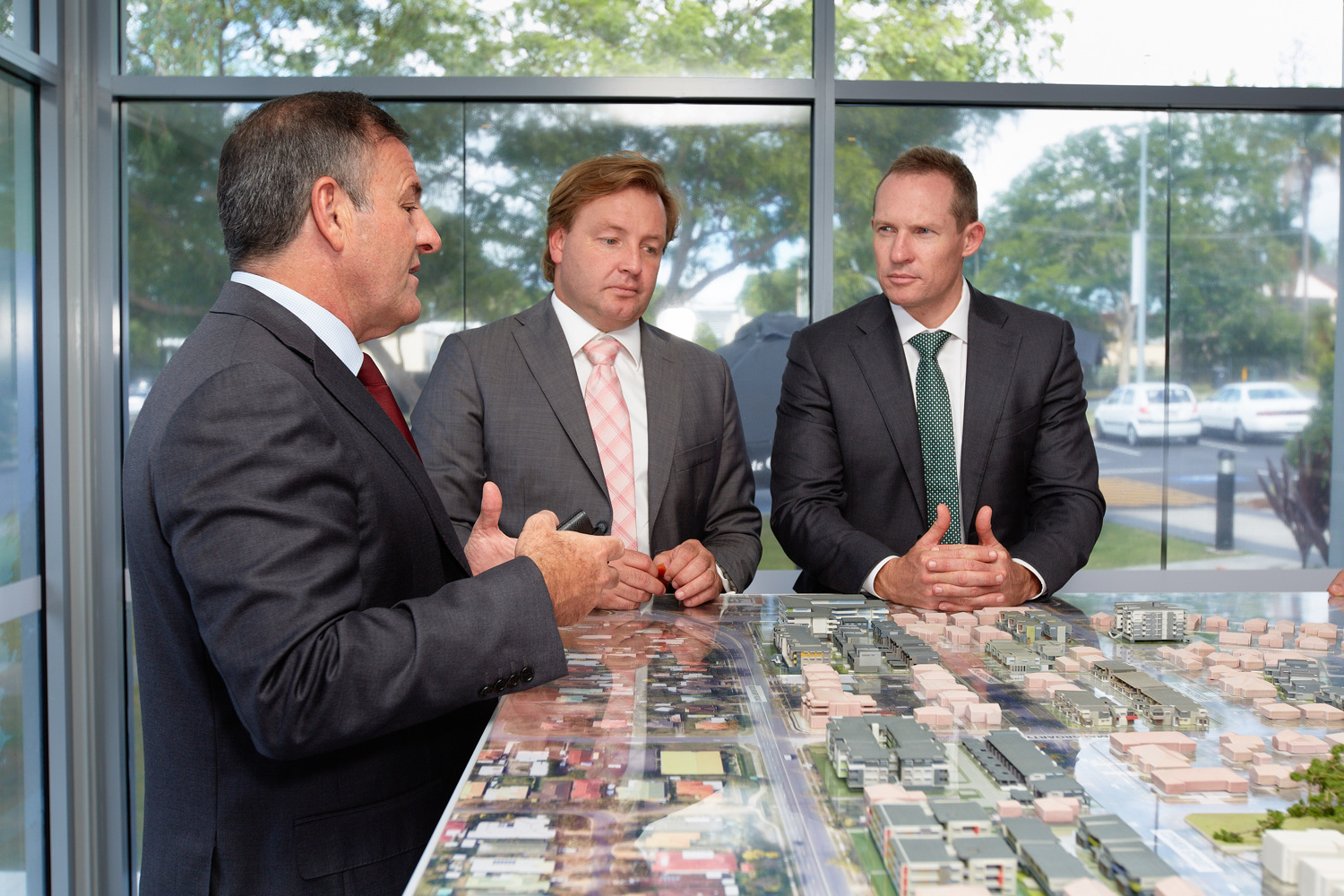 Cornerstone Living is a $600 million 10 year project, spanning 10 hectares of land and is close to schools, universities, hospitals and transport.

It is a partnership with the State of Queensland, Consolidated Properties and CVS Lane Capital Partners, and will create 1200 new homes and a vibrant new masterplanned community with public spaces and amenities at the heart of the development.

Minister de Brenni inspected the work on site and the plans for the remaining stages. He said, “This is a great example of former public housing area being given new life with modern, energy efficient construction and best practice design.”

Cornerstone Living was recognised in last year’s Australian Institute of Architecture awards in the Multiple Dwelling category as a great example of cost effective design. Buyers and investors have recognised the project for its value for money with all stages that have been released selling out within weeks.

Don O’Rorke Executive Chairman of Consolidated Properties said, “Cornerstone Living is a great example of the Government and private sector working together to achieve great outcomes for the community. It’s great to be able to showcase the work being done here and we are delighted to be a partner of choice for the Government in delivering this project and our other major regeneration scheme – Yeerongpilly Green.”

Stages A, B, C and E have sold out and completed with Stages D and F currently under construction. The construction is being undertaken by Hutchinson Builders.