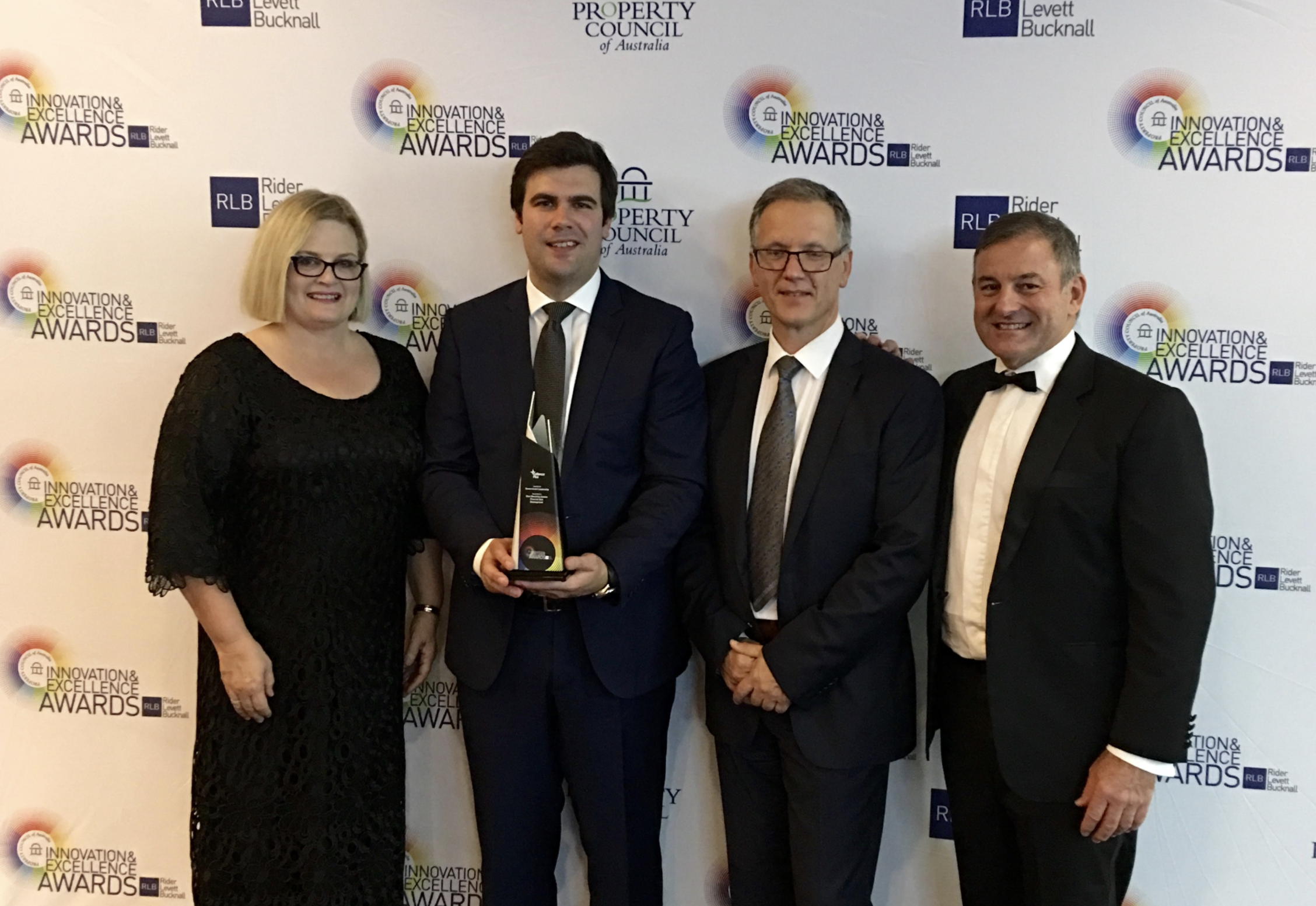 We achieved the rare distinction of being both the winner and a finalist in the Government Leadership category at the National Property Council awards.

The Glen Waverley Station Precinct IKON development won the prestigious government leadership award, highlighting the project excellence made possible through the collaboration of VicTrack, the City of Monash and Consolidated Properties.

The 10 storey mixed use Glen Waverley Station Precinct project is a landmark project that has transformed the area. The VicTrack project has set the benchmark in transit orientated developments.

The award win was further enhanced by also being nominated as a finalist in the same category with another Consolidated Properties project, Cornerstone Living at Sunnybank.

Cornerstone Living is $600 million project in conjunction with the Queensland Government where 145 former underutilised properties are being redeveloped to create affordable units and townhouses for 3000 people.

Consolidated Properties Executive Chairman Don O’Rorke said, “This is recognition of our market leading ability to work closely with government to help them achieve their aims. We pride ourselves on being a partner of choice for government and this award is confirmation of that.

“Both of these projects have had far reaching benefits for the community and we are very proud of what has been created. We look forward to collaborating on future government projects.”