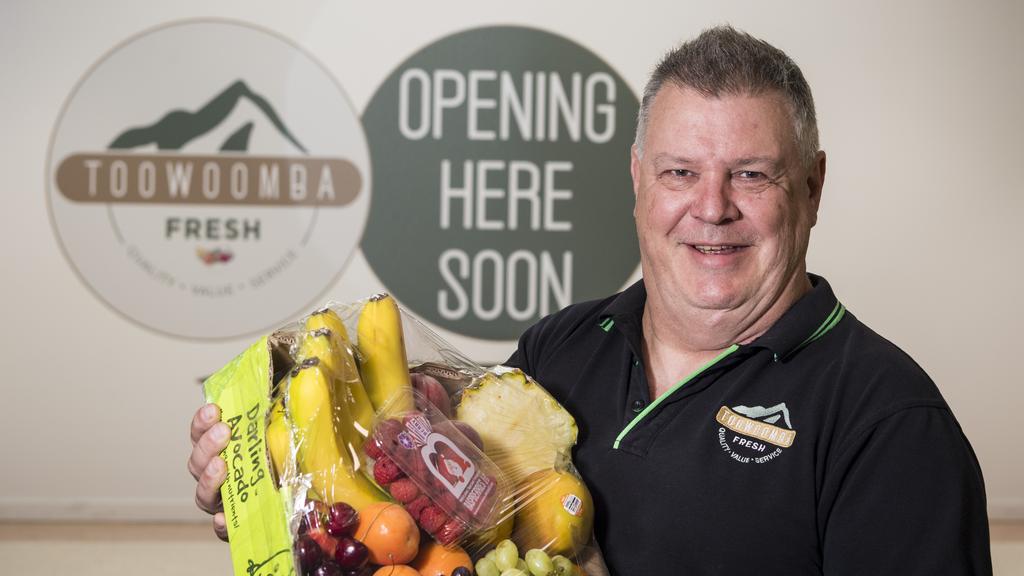 One of Toowoomba’s leading fresh produce retailers, Toowoomba Fresh, will open in Wilsonton Shopping Centre in the New Year. The move to a second store in the region builds on the popularity of the first store at Grand Central, which has been operating for 3 years.

Toowoomba Fresh will operate from a 305sqm premises secured on a 10 year lease, located within the fresh food section of Wilsonton Shopping Centre alongside Woolworths, Wilsonton Meats and O’Donnell’s Bakery.

“I have built my reputation on  providing fresh, locally sourced produce with great variety and fair pricing, and I have been overwhelmed by the continued support from Toowoomba residents,” he said.

“We are a family owned and operated business. My son Zane will be managing the Wilsonton store with my wife, Kath. My son, Connor and daughter Carissa also work in the business in different roles.

“We are more than just a green grocer – we also stock milk, bread, eggs, yogurt, nuts, juices and more, so it’s easy for customers to shop for all their staples under one roof.

“In recent years demand from customers has continued to grow and it became evident that I needed a second store, so when the opportunity to take a lease in Wilsonton came up, I didn’t think twice.

“Opening a second location gives customers the convenience of travelling to their nearest store, and the site I have within Wilsonton is perfectly positioned to allow people to shop local and independent as they do their groceries.

“Construction of the Wilsonton store is taking place now, and will feature state of the art refrigeration and store displays to keep produce fresh and looking its best year round.

“I’m looking forward to opening in February – it will be a great start to the New Year.”

Wilsonton Shopping Centre is owned and managed by Consolidated Properties Group, with Executive Director of Retail, Craig O’Donnell, saying the centre is becoming a foodie hub.

“Just before Christmas we welcome Cafe 63, which chose Wilsonton as the location for its sixth store in Toowoomba, and we’ve also seen Pizza Hut upgrade its premises and Oh Sushi and Bowls join us,” he said.

“Whether its shopping for fresh produce, eating out with the family, or grabbing a quick bite, Wilsonton Shopping Centre is truly a one stop shop for retail and dining.”